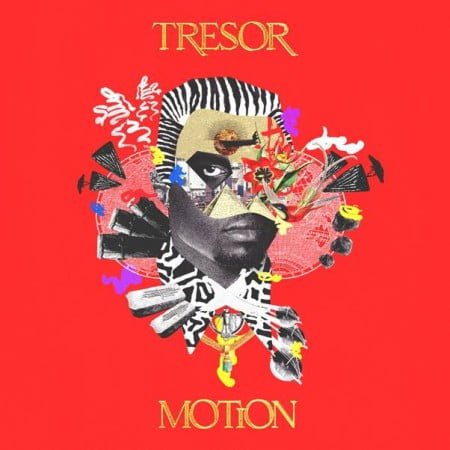 Finally the wait has come to an end as high talented vocalist and songwriter Tresor who have been widely considered as one of the best in the country is here today with his highly anticipated 2021 LP project titled Motion Album. Download below and enjoy.

“Motion Album” will serve as his fifth project since starting his carrier in a large way in 2017. On this one he blends the tracks with Afro House and that of amapiano genre as he strives tall as one of the best singer in the country. The project will house about 14 tracks in all and featuring other top notch music artists like Da Capo, Sun-EL Musician, Ami Faku, Msaki, DJ Maphorisa and Kabza De Small as all have been dominating the year so far. So without further delay, update your playlist and share your thoughts below.

Tresor whose real name Mukengerwa Tresor Riziki is a Congolese-born singer, songwriter, music producer, entrepreneur and philanthropist who have been making lots of headlines since last year after fusing up with the scorpion kings, a group made up of DJ Maphorisa and Kabza De Small. He started his musical journey around 2015 and gaining large audience after his “Mount Everest” single from his debut album, VII. His name “Tresor“, when translated from French, means “treasure”, and today he decides light a new history with his Motion Album.

Motion Album by Tresor have been nominated by many music lovers as one of the best LP project this year, and was kick-started with his Lighthouse track here he featured Da Capo and Sun-EL Musician, before fusing up with award winning songstress Ami Faku to deliver Smoke & Mirrors, after which he went solo on Call Me Back, Zwakala, and last Last December before partnering with Msaki on Hold Me Down.

He didn’t stop there as he also connected with his old buddies DJ Maphorisa and Kabza De Small on 2 tracks Makosa and Nyota, after which he delivered his award winning tracks Anginalutho, Thrill, Niambie, Dancing With the Moon, Bring On The Night and then ended the project with his Starlight track.

12. Tresor – Dancing With the Moon