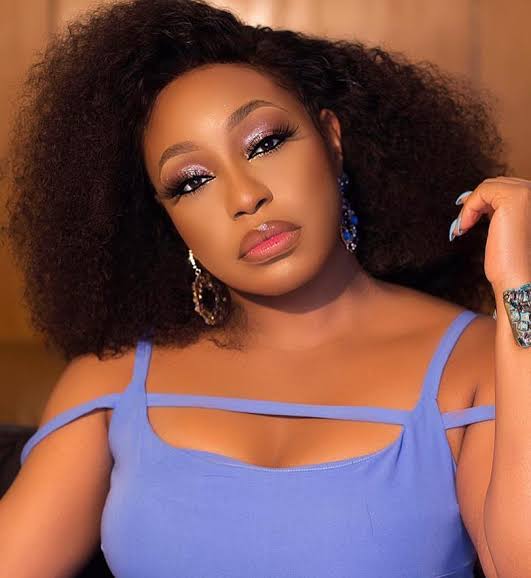 Popular Nigerian actress, Rita Dominic spoke on the unusual scenario in this year’s eviction at BBNaija. She said the atmosphere is not as good as the former. In the former she stated that the audience acted as an encouragement to the evicted housemates. She however categorized it as being boring and less glamorous.

She revealed she craves for the usual atmosphere where the audience were present to cheer evicted housemates. The actress expressed that the spectators add glamour to the show at eviction nights but due to COVID and social distancing rule, there are no spectators this year.According to her, the ravaging pandemic has really caused more harm than good. She no longer enjoys the show as no interesting moments are there. She added that the show has lost its usefulness of entertaining its audience and putting smiles on their faces.

SEE ALSO: BBNaija: Erica Reveals She Can’t Be In A Relationship With Laycon

She however urged the hosts of this year’s edition to add more spice to the show in order for it to be enjoyable by all and sundry.

“Feels different with no live audience hyping them as they get evicted to give them a sense of how their lives have changed. Aunty Covid no gree” 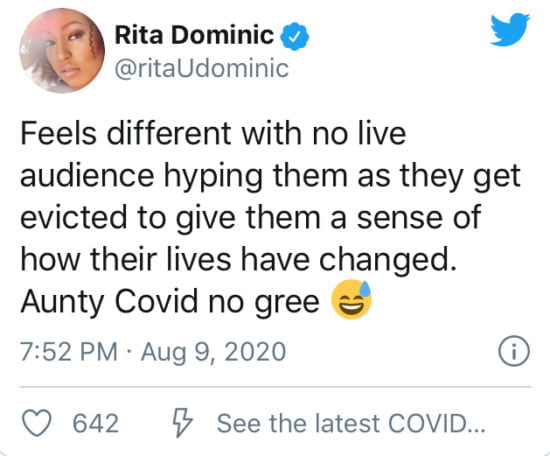