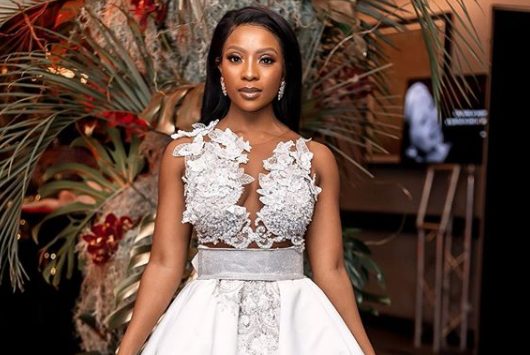 A South African radio presenter, Pearl Modiadie might be opening a new chapter soon, as it has being reported of her being 6 months pregnant.

According to Sunday World,the star kept the state of her pregnancy a secret  because according to her it was against her believe and her culture did not permit her to speak about it despite it being visible already, the proposed father of the child is said to be a french man

information derived was that the french man has an understanding of African custom and is willing to pay for damages, said the source.

Pearl allegedly said it’s against her culture to talk about her pregnancy, when she was contacted by the publication.

“Out of respect for my culture, I prefer not to talk about my pregnancy,” she said.