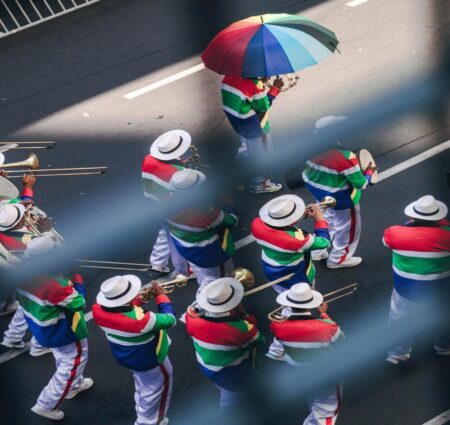 The 2010 FIFA World Cup was held in South Africa, and with it came the iconic song “Waka Waka (This Time for Africa)” by Shakira. The song, which was the official theme for the World Cup, has since become synonymous with the tournament and is widely regarded as one of the best World Cup songs of all time

But what is it about “Waka Waka” that has made it stand the test of time?

The infectious rhythm of “Waka Waka”

One of the reasons why “Waka Waka” remains so popular is its infectious rhythm. The song’s upbeat tempo and melodious chorus make it quite catchy, whether you’re at a World Cup party or just listening to the radio. The song’s beat is also perfect for getting people pumped up before a big match.

The song’s message of unity and celebration

Another reason why “Waka Waka” is such a great World Cup song is its message of unity and celebration. The lyrics of the song encourage people to come together and embrace their differences, while also celebrating the joy and excitement of the World Cup. This message of unity and celebration is especially relevant given the history of South Africa, which has faced many challenges and divisions in the past.

In addition to its catchy beat and positive message, “Waka Waka” has also become popular due to its global appeal. The song features a mix of Spanish and English lyrics, which helps it to appeal to a wide range of audiences around the world. The song has been translated into multiple languages, further increasing its appeal to fans of the World Cup.

Despite being released over a decade ago, “Waka Waka” ranks as one of the most popular World Cup songs of all time. The song continues to be played at sporting events and parties around the world, and it has become a staple of World Cup celebrations.

The success of the 2010 FIFA World Cup

The success of the 2010 FIFA World Cup in South Africa also contributed to the lasting popularity of “Waka Waka.” The tournament was the first time that the World Cup had been held in Africa, and it was widely praised for its organization and atmosphere.

The success of Shakira and Freshlyground

The enduring popularity of soccer

Another reason why “Waka Waka” remains popular is the enduring popularity of soccer itself. Soccer is the most popular sport in the world, with billions of fans around the globe. The World Cup is the most prestigious soccer tournament in the world, and it draws huge audiences whenever it is held. As a result, the World Cup and the music associated with it are likely to remain popular for years to come.

The cultural significance of the song

“Waka Waka” holds cultural significance for many people. The song was released at a time when South Africa was trying to heal from its troubled past and build a better future. The song’s message of unity and celebration helped to bring people together and inspire hope for the future. As a result, “Waka Waka” has become more than just a song – it is a symbol of the progress and potential of South Africa and the entire continent of Africa.

The Waka Waka song came at a time when EA sports predicted that Spain would lift the 2010 World Cup. If you had entered your superbet login and cashed in on the prediction, you were definitely in luck because Spain did lift the cup.  However, South Africa still remains the star of the show even though the team didn’t make it to the top stage.