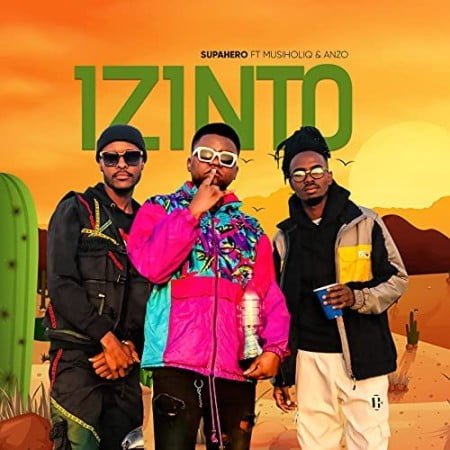 Following the recent news about his upcoming studio album, top notch record producer and disc jockey Supahero DJ who have been on low key for now returns with his long awaited 2021 song titled Izinto where he featured MusiholiQ and Anzo who killed the beats with their dope lyrics. Cop below and enjoy.

“Izinto” entails the recent happenings in the country as the hit maker dedicates the track to his family and reckons the trial times he had growing up. The track have been hitting the industry as one of the best delivery in the industry, and will serve as his first track this year despite opening on working on new studio album which he’s yet to say anything about the release date and the featured artists. So stay tuned with for the full project upon release. Update your playlist and share your views on the comment section below.

Supahero DJ have been posing as one of the best hit maker when it comes to SA hip hop, and often worked with the likes of Nasty C, Shane Eagle, Emtee and many more, though lately have reduced the frequency with which he releases his tracks. The hit maker have been in the industry for about half a decade now and rumor has that he’s on the verge of joining 1020 Cartel records, but we can’t ascertain such claims though. Today he decides to forge his name even better with Izinto and this time, he partnered with MusiholiQ and Anzo.

MusiholiQ and Anzo on the other hand have been working side by side lately, and Supahero DJ Izinto won’t be the first time the duo is linking up in a studio as earlier this year they perfected 2 tracks “Gawulubheke” which was perfected by Sjave, and also on “Ang’Bambeki” alongside Mzulu.

Stream, and share “Izinto”. Don’t forget to drop your comments below.