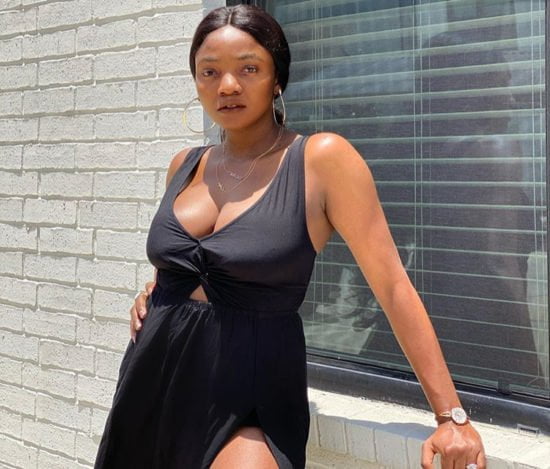 Simi questions the essence of formal education in the country

Nigerian singer, Simisola has questioned the essence of formal education when people rarely practice or make use of what they studied in school. According to her she said she sees no reason why someone would attend a university for 4 or 5 years and still come out without practicing what he or she has studied or learnt in school.

She said most of the citizens of the country who have attained one educational qualification or the other leave their certificates and engage in so many other jobs or professions that do not match what they studied. Most of them start running their own businesses which are totally different from their area of study.

The singer and wife of popular Nigerian singer Adekunle Gold put up the question on her instagram story yesterday. She wonders why it is so and expects a lot of reactions to her question. she got some reactions though,some said the high rate of unemployment in the country is alarming hence forcing people to deviate from their original professions to other areas in other to make ends meet.

The mother of one asked why people spend years and financial resources to attain formal education and end up acquiring knowledge they never use only to dump it at the end of the day for what they’re passionate about. Some people resort to illegal or illicit activities rather than practicing their honorable professions which they have attained.

The new mom called the Nigerian educational system sh*t while stating her point that many people cannot remember what they were taught in school but have followed their passion which most of the time, is their talent. She also encouraged parents to allow their children follow their dreams and what they have passion for as some of them were forced to study what they  lacked interest in.

This make them lose interest in it and dump their certificates when they are done and pursue their dreams.

According to her, there are several talents and potentials not tapped into, just because society feels such talents “are not prestigious” but lots of persons still end up doing something else after years of learning what they are not passionate about or interested in. she also encouraged parents and guardians to act as a support to their children in attainment of whatever they are passionate about.

Read her insta story below: 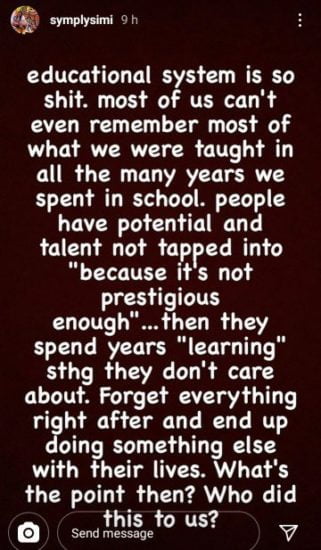