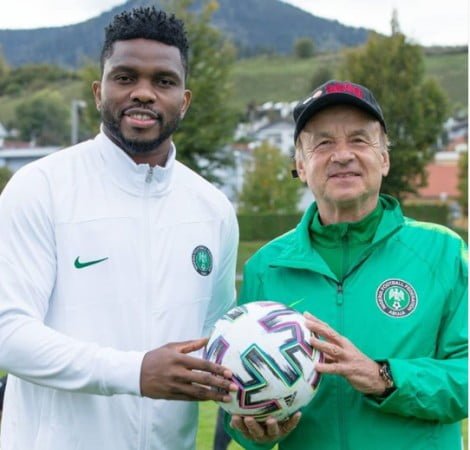 Former Nigerian super star Joseph Yobo finally has been confirmed as the new assistant coach of the Super Eagles’ after being appointed as for the role back in February.

The former Super Eagles veteran defender and captain who is now 40, recently joined the squad in Austria for the friendly games against Algeria and Tunisia after the departure of Imama Amapakabo who was assuming the role for about last 3 years.

Nigeria will face Algeria and Tunisia on Friday, October 9, and Tuesday, October 13, 2020, respectively in Austria.