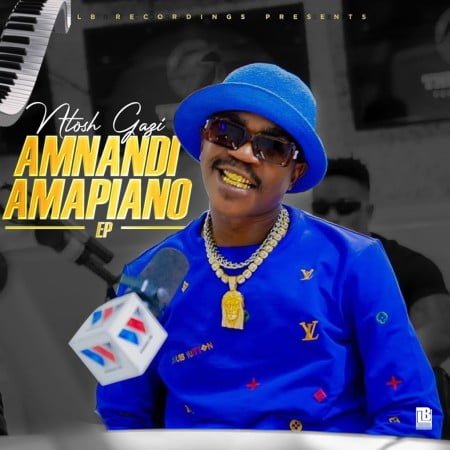 Talented South African piano king and record producer Ntosh Gazi who have been hitting up the industry since last year returns with his long awaited 2021 mini album project titled Amnandi Amapiano EP. Download below and enjoy.

“Amnandi Amapiano EP” will serve as his first project since making his first mark in the industry on John Vuli Gate about 2 years ago. The project also have been considered by many as one of the best amapiano LP and will house about 7 tracks in all, featuring other top notch music artists in the country like Mapara A Jazz, Coster Vundras, Dj Tarico, Layla Melodious, Sam Kam, BobStar, Dokotela, Super Mosha, Mazakazaka, Dj Shampli, 071Nelly Master Beat, Boontle, and Fire Mlilo as they strive to make a new history in Mzansi. So without added ado, update your playlist and leave a feedback with us using the comment box below.

Ntosh Gazi have been one of the most underrated piano king in the industry, and his productions have been top notch and can be perfectly seen on the John Vuli gate song where he performed alongside Mapara A Jazz. The hit maker have been in the industry for barely 3 years, but have attained top level as one of the best with his unique still of productions, and today he decides to even expand his coast even more as he delivers his mini album project Amnandi Amapiano EP.

On the “Amnandi Amapiano EP”, Ntosh Gazi started the show with his Sebenza alongside Mapara A Jazz and Coster Vundras, before connecting with Dj Tarico, Layla Melodious and Sam Kam on Naledi. he didn’t stop there as he also went harder on Mjaivo where he breaks many jinx with Mapara A Jazz, BobStar and Dokotela, and after which he released his top trend track Survivor where he perfected the beats with Super Mosha, Mazakazaka, Dj Shampli and 071Nelly Master Beat. Mr Gazi also partnered with Boontle on 2 tracks Umuntu, and Zing Zong, before ending the project with Sendi Imali alongside Fire Mlilo.