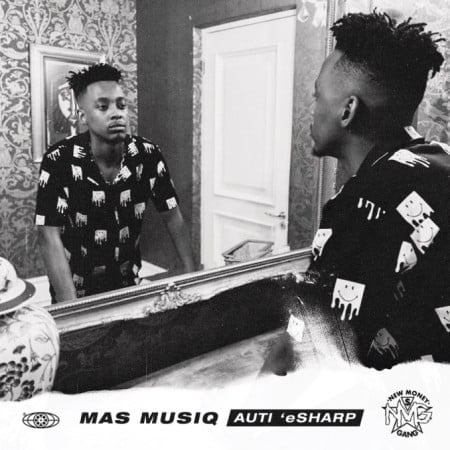 Finally the wait has come to an end as high talented piano king and record producer Mas MusiQ who have been considered by many as one of the best amapiano record producer in the country is here today with his long awaited 2021 studio LP project titled Auti ‘eSharp Album. Download below and enjoy.

“Auti ‘eSharp Album” will serve as his 3rd solo project in the industry the success of his Mambisa 1 and 2 which still sits on top spot on many top music charts in the country. On this one, the hit maker decides to explore many sounds unlike the usual piano sound, and since the tracks have been sampled on many mixtape by many DJs, fans have been loving one and every bit.

Mas MusiQ without doubt have risen to become one of the best piano music composer over the last 3 years, and often compared to his boss Kabza De Small, though many have believed the comparison can’t stand. The youngster started his music carrier around 2019 and touched the limelight instant with the aid of the Scorpion Kings ( a group made up of Kabza and DJ Maphorisa), and today he decides to engineer a powerful one titled Auti ‘eSharp Album.

On the Auti ‘eSharp Album, Mas MusiQ started the project with his Inhliziyo where he featured songstress Babalwa M, and have been one of the 2 tracks which was released last week on the quest of promoting the project. After which he also connects with Aymos, Kabza De Small and DJ Maphorisa to perfect Uzozisola, befoore joining forces with Young Stunna, Bongza, Nkulee501 and Skroef 28 on Ntwana Yam. The youngster didn’t stop there as he also went even harder on Gwinya Lam where he shared studio with Musa Keys, Snenaah and Sino Msolo, and also features TO StarQuality and Madumane on Khumnandi ebusuku and Baninzi.

He also decides to work with Seekay, Aymos and Young Stunna on 2 tracks Sengizwile and Ama Bozza, before linking up with Daliwonga, Sir Trill & Major League DJz on Nguwe, after which he joined forces with Nia Pearl and Soa mattrix as they rise to the moon with I’m Real track, and also with Vyno Miller and Hypesoul to release a track named after his lover Kamela. He then ended the project with Jagermeister where he featured baby boy Vigro Deep, but before then he decides to settle the score with Reece Madlisa, Zuma, Mpura and Madumane as the groove to S’khuluphele.