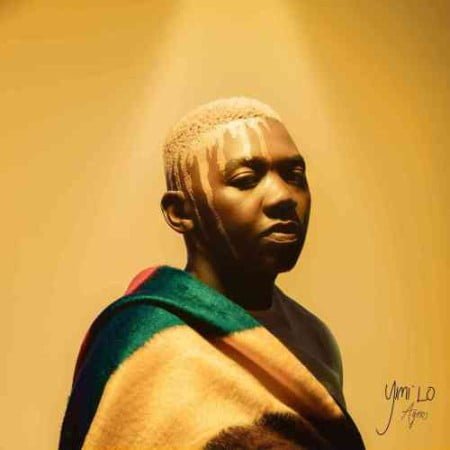 Following the recent news about his upcoming concert, high talented music artist and performer Aymos who have been considered by many as one of the best amapiano vocalist is here today with his long awaited 2021 studio LP project titled Yimi Lo Album. Download below and enjoy.

“Yimi Lo Album” is already topping many digital stores just few hours of it’s release, and staging to make the top list as one of the best piano LP project this year. Almost all the tracks on the project have been sampled when he performed alongside Major League DJz on their Balcony mix some months ago. The project will house about 14 tracks in all and featuring other top notch music artists in the industry like Major League DJz, Josiah De Disciple, Mas Musiq, MuziQALsthe, TheologyHG, Kabza De Small, TO Starquality, Sekiwe, Mawhoo, Boohle, DBN Gogo, Felo Le Tee, and Zakes Bantwini as they join forces into creating a masterpiece. So update your playlist and share your thoughts below.

Aymos have been trending lately as one fastest rising artist in the country, and many thanks to Kabza De Small and DJ Maphorisa, both of whom helped perfect the talent to the public. The youngster started his musical journey around 2019 after joining the PianoHub, and since then have been amazing with his work, and today he decides to light up the nation with his first ever solo LP project Yimi Lo Album which he previously released an EP some months ago bearing same title.

On this one “Yimi Lo Album”, Aymos started the journey with his Jemeni track alongside Focalistc, before calling the shots with Major League DJz and Josiah De Disciple on Ababuyanga. After which he linked up with Mas Musiq as they drive with Lyf Styl, and MuziQALsthe, TheologyHG, and Josiah De Disciple to perfect AmaPaperBag where he boosts of having made enough money from music. After that he went solo on Risasekile, Yimi Lo and Muhle, and then settles his score with Kabza De Small as they ranged their long lasting party captioned as iParty Yami.

He didn’t stop there as he also connected with TO Starquality, Sekiwe and Mas Musiq on uYangibiza, before linking with Mawhoo where they both strives like old times on Olwangempala. The youngster also worked with Boohle for the first time, and this time they ride with Rata, and also blended with one of the best female DJ DBN Gogo and her right hand man Felo Le Tee to present Ntombo. He also recruited the services of the “Osama” hit maker Zakes Bantwini on Matla, before ending the project with his solo track iXesha.