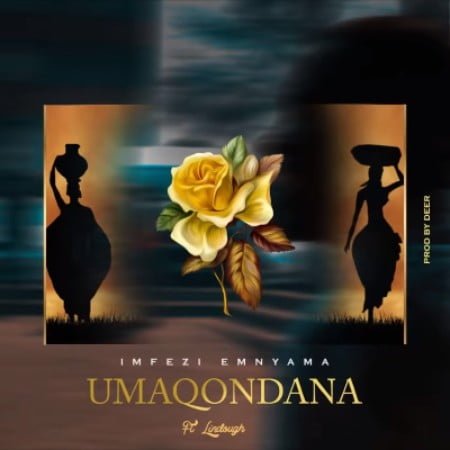 Just when we thought we had seen it all, high talented singer and performer Imfezi Emnyama who have been hitting up the industry since this year decides to make his way back to the hearts of his fans with a new killer 2021 afro house banger titled uMaqondana where he featured Lindough where they both served the full lyrics. Cop below and enjoy.

“uMaqondana” was produced by Dee R, and was composed by Phumlani Khumalo and Lindough as they strive into making a new history with their music. The track also will mark the first time the artists are sharing one studio, and rumor has it that they might be on the verge of dropping another one. The track also have been dominating the country this weekend as one of the best House songs, and many already instigating it to be their song of the year. So update your playlist and share your thoughts with us below.

Imfezi Emnyama have been sweeping fans off their feet this year with his massive collaborations, as last month he also partnered with Ambitiouz Entertainment artists Blaq Diamond where they went down on “Cressida”, a track which is currently dominating the digital stores in the country till the time of writing this content. The superstar have been in the industry for more than half a decade and have grown into one of the best, and currently working on his studio album which the title is yet to be revealed, so lets party this weekend with uMaqondana alongside Lindough.

Lindough on the other hand have been known for his dancing skills which he often used to mouth-wag fans as they can’t just get enough of their own, and today he decides to join forces with Imfezi Emnyama as they journey with uMaqondana.

Stream, and share “uMaqondana”. Don’t forget to drop your comments below.