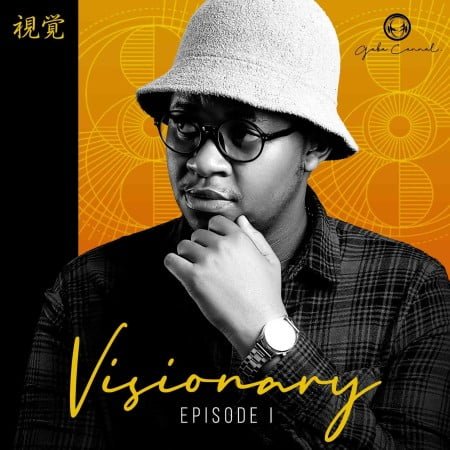 Finally the wait has come to an end as high talented piano king and record producer Gaba Cannal who have been considered by many as one of the best hit maker when it comes to the amapiano music genre is here today with his highly anticipated 2021 LP project titled Visionary Episode 1 Album. Download below and enjoy.

“Visionary Episode 1 Album” will serve as his first project his year, and have been on top trend for many weeks now since he announced the project, and while still on the pre-save phase, it struck over 50k streams even before the official release. The project have been staging as one of the best piano LP project this year, and it will house about 15 tracks in all and featuring persons like Zano, E_Clips Mzansi, The Myth, Amukelani, Xavi Yentin, Meez, Lungsta Fame, Pex Africah, Jey Charles, Amukelani, Just Bheki and Ard Matthews as they all journey to the moon on this one. So without further delay, update your playlist and share your thought below.

Gaba Cannal is not a man of many words as he allows his productions do the talking, and to many he’s the first artist to produce the amapiano music before other hit maker dived in, and many thanks to Kabza De Small who perfected the genre and took it to international level. The youngster have been in the industry for nearly a decade now, and this will serve as his 4th installment in the industry as he’s called Mr Tie and Suit, and today he decides to perfects his name once again with Visionary Episode 1 Album.

On the Visionary Episode 1 Album, Gaba Cannal decided to open the project with his Emoyeni track alongside vocalist Zano which he used as the intro, before going solo on Joybells, Sweet Melodies, and Mabakudumise, and after that he linked with E_Clips Mzansi and Amukelani to premiere Uyaphapha Wena and Ngawe respectively. He also linked up with The Myth on 2 tracks Enkwarini and eGoli which is currently paving waves as the song of the year. He didn’t stop there as he also linked Xavi Yentin on iSmokolo before ending the project with iSkoloto and Midnight Sun where he partnered with Just Bheki and Ard Matthews.