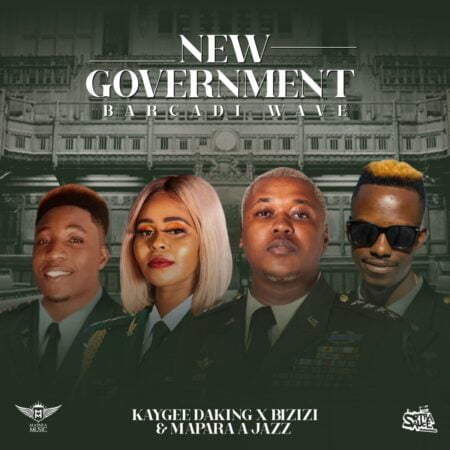 Finally the wait is over as high talented artists and performer KayGee DaKing, Bizizi and Mapara A Jazz who have been making lots of headlines lately are on it again as they decides to perfect the weekend with a new 2021 mini album project titled New Government EP which they called Barcadi Wave. Download below and enjoy.

“New Government EP” have been on the wishlist of many yanos heads for many weeks now since the cover artwork was first served by the Open Mic production duo who have been smashing every corners of the country with their “Piano Offering Album“. On this one they decides to drop about 6 tracks in all and featuring Jeez Fuza, Inno Matijane and M PaQ, all of whom have bestowed enough energy in to the success of the project. So without further delay, update your playlist and share your thoughts below.

Just as the project title entails, New Government EP Barcadi Wave will serve as the first time all 4 artists KayGee DaKing, Bizizi and Mapara A Jazz will be fusing up on a single project and we hope for more as fans have been grooving to the snippets from this project already. They started the project with their favorite track which they title same name as the project title and connects Jeez Fuza, before going down on Mkhonto, and Dlala ka lerapo. After which they decides to recruit M PaQ on 2 tracks Konka and Fast Lane, though the former was perfected by Inno Matijane, and they finally rounded up the project with their Busha bethu track.