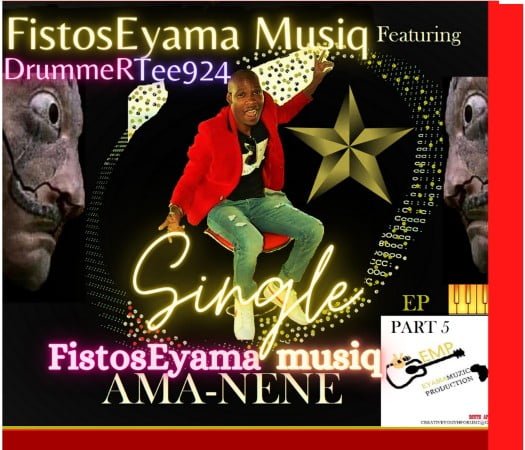 Just when we thought we had seen it all, top notch music artist and performer FistosEyama MusiQ who have been hitting up the industry lately is here today with a new killer track titled Ama-nene where he featured DrummeRTee924. Download below and enjoy.

“Ama-nene” have been on the radar of many yanos heads since the track was played by Major League DJz on their live Balcony mix which they performed from London, United Kingdom. The track have gained so much recognition after that, and many music fans already clamoring about the song as their song of the year. The track was lifted from his upcoming EP which will be released later this year, so update your playlist and share your thoughts below.

FistosEyama Musiq whose real name is Sifiso Maxwell ndlovu have grown into one of the best music artists in his province and beyond and recently given the accolade as one of the best to have emerged from Mpumalanga Mbombela (Msogwaba Hillaria section stand 10). He started his musical journey about a decade ago which was 2011 and was one of the leading voice of Creativeyouthforum, which was a group in his school then. He has shared studio with other top notch artists in the industry like Pro Tee, Dj Sdunkero, Pitch black Afro, King Boggen, Vusie virgo ,Caltonic SA, and Bleck-ball. And today he decides to link up with DrummeRTee924 to light up the universe with Ama-nene.

DrummeRTee924 on the other hand have been working very hard, and often considered as one of the best fast rising artist when it comes to the amapiano music genre. The youngster have been making lots of headlines lately, and duo to his unique talent, his services have been so much wanted by other top artists in the industry, and rumor has it that he’s working with Busta 929, and today he decides to tattoo his name more deeper on the hearts of his fans with Ama-nene alongside FistosEyama MusiQ.

Stream, and share “Ama-nene”. Don’t forget to drop your comments below.