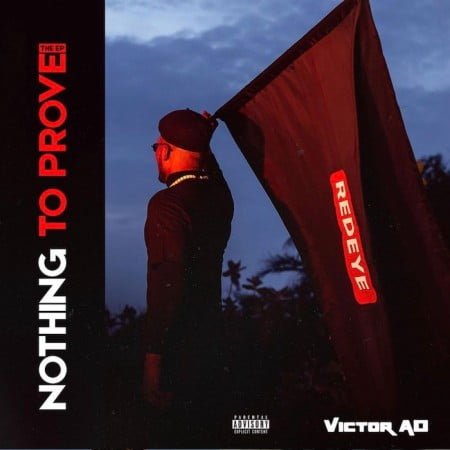 Finally the wait has come to an end as award winning singer and songwriter Victor AD who have been trending on all social media lately returns with his highly anticipated 2021 mini album project titled Nothing To Prove EP. Cop below and enjoy.

“Nothing To Prove EP” will serve as his first project since joining the music industry about half a decade ago, and will house about 5 tracks in all and featuring other top notch music artists like Mr Eazi, Phyno and Lava Lava as they journey into making a new history together. The project also have been rumored by many fans as one of the best project this year. So without added ado, update your playlist and leave a feedback with us using the comment box below.

Victor AD goes with the real name Victor Adere, and have been topping many charts as one of the best upcoming artist in the country, and with his over million followers, it’s obvious the hit maker isn’t a small fish to fry in the industry. In 2019 He posted a picture of himself on the street of Dubai with the caption “God I still remember this time last year, I had no passport but now Dubai be like backyard” just to recall the journey to success so far. And today he decides to light up the nation with his new 2021 mini album project titled Nothing To Prove EP.

The Nothing To Prove EP by Victor AD was kick-started with his killer track with Mr Eazi where they both journeyed on “Black”, before joining forces with Phyno Fino to light up the nation with his “Anymore” track. After which he went solo on “Bless Boys”, “Olofofo” and “One Kiss”, and then ended the project with “Joanna” where he perfected the track with Lava Lava.

Tracklist Of Nothing To Prove EP: