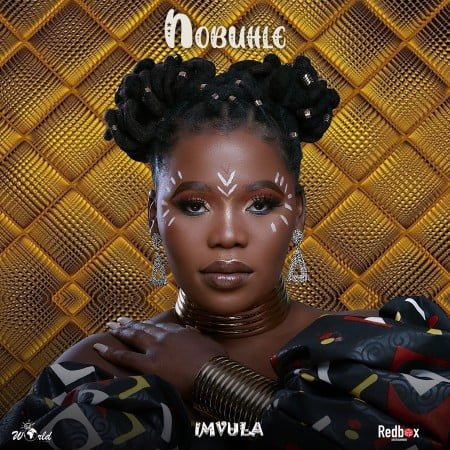 Finally the wait is over as high talented singer and songwriter Nobuhle who have been stealing all accolades since this year returns with her highly anticipated 2021 studio LP project titled Imvula Album. Download below and enjoy.

“Imvula Album” have been catching the full attention of many house heads in the industry as many already according it as one of the best project this year. The project was delivered under her new record label EL World which is practically owned by Sun-EL Musician. The project will house about 15 solid tracks in all and featuring the likes of Sun-El Musician, Yallunder, Mpho Wav, Kenza, Umzulu Phaqa, Vernotile, Black Motion and Mandisa as they all journey into making a new history. So update your playlist and share your thoughts below.

Nobuhle have been rising as one of the best songstress in the country since joining EL World about 2 years ago, and this will serve as her second LP since starting her musical journey some year ago. The songstress have been in the industry for almost half a decade now, but rose to fame around 2019 just before the pandemic after joining the likes of Ami Faku, Simmy and Azana on EL World records, and today she decides to lifts up the spirits with her 2021 Imvula Album.

On the Imvula Album, Nobuhle kick-started the motion with her solo tracks Ina Wemvula and Umkhuleko, before connecting with her boss Sun-El Musician on Sawubona, after which she tenders Phezulu and Fly Away. She also partnered with Yallunder as they both went even harder to celebrate the womanhood on Kuvaliwe, before releasing Eloyi featuring the legendary music duo Black Motion, and Nkiya Nkiya, and then with hit maker Mpho Wav to spice up the industry with her Fire track Nguwe. She didn’t stop there as she also forged ahead to connect with Kenza, Umzulu Phaqa and Vernotile on 3 tracks Wela, Soka lami and Hamba Njalo respectively before going on a loggerhead with Mandisa to release Bayede and ended the project with her Okuhle single.