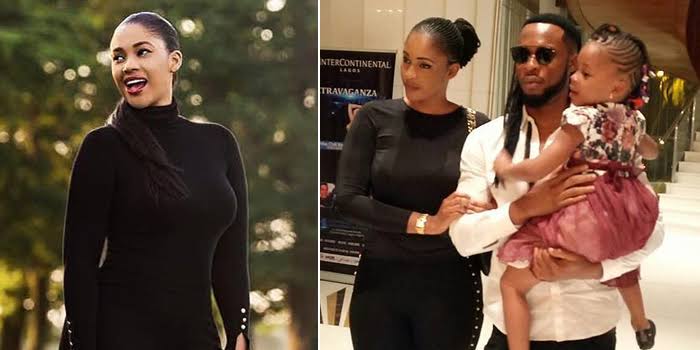 This news stirred up a lot of reactions from his fans.  Some of his fans congratulated him on taking the bold step while some others criticized him.

A  lot of tongues has been wagging, but the handsome looking dude has already selected his beautiful looking bride.

According to OAP Blossom Martins , who says on good authority that the event took place on a discreet level not involving a large crowd, held today at the bride’s family house in Onitsha, Anambra State.

A lot of his fans reacted to his choice of holding a quiet event rather than a talk of the town event.

The couple have two beautiful children together while Flavor has another with Ex Beauty Queen, Anna Banner.