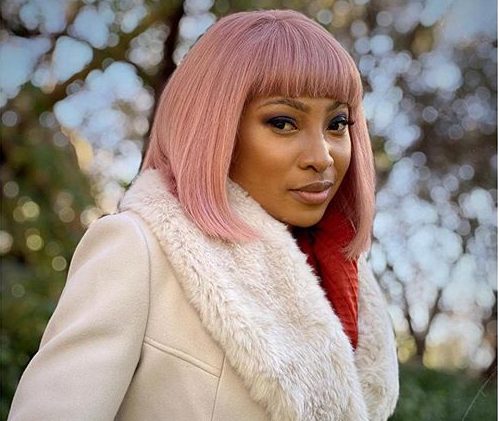 Enhle Mbali is looking all gorgeous as she had posted a picture of herself wearing a body-cum animal skin gown and a matching shoe.

and this had caused an uproar among her fans as most commended her nice figure and others commented about the quality and nice outfit she always steppes out in and there by always bringing a sense of fashion idea to majority of her fans.

When it comes to keeping it stylish and chic, Enhle can’t be found wanted. It’s without doubt that she’s yet to get over the feelings derived from designing Beyonce’s dress few years ago, when she performed at Global Citizen.

Enhle appears to be living fine despite split with DJ Black Coffee. Though, it’s been revealed that their divorce process hasn’t been concluded due to financial requests from the actress.

However, it was further said that the two stars seek for an amicable settlement.which we hope to keep u updated on if information on it is made available,