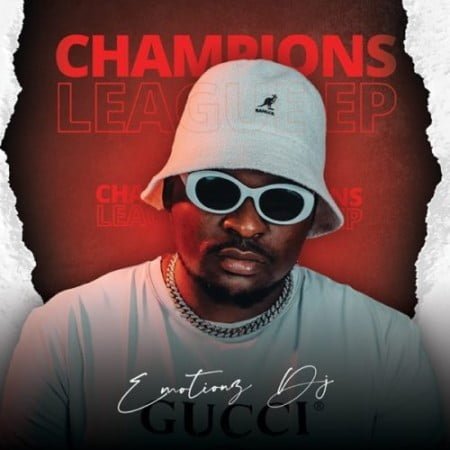 Finally the wait has come to an end as high talented disc jockey and record producer Emotionz DJ who have been trending lately returns with his highly anticipated 2021 amapiano studio LP project titled Champions League Album. Download below and enjoy.

“Champions League Album” have been the talk of the town for many weeks now since the project was announced, and also will mark the first project from the hit maker as he uplifts as one of the best in the industry. The project will house about 9 massive tracks in all and featuring other top notch music artists in the country like Bongani Sax, Kaylow, Coolkiid, LuuDadeejay, Tman Xpress, Zuma, Cassper Nyovest, Nobantu Vilakazi, Alie Keyz, Howard, Nia Pearl, Alie Keyz, Aubery Qwana, Soa Matrix and Aquilla as they all journey into perfecting the project. So without further delay, update your playlist and share your thoughts below.

Emotionz DJ as many already know him as one of the calmest guy in the industry, and often talk less with his productions doing all the talks for him. The hit maker have been in the industry for barely a year, and currently smashing every corners as one of the best piano king, and rumor has it that he’s currently working with Kabza De Small and DJ Maphorisa. This Champions League Album will serve as his first project since embarking in his musical journey and we await to see more magic from the youngster.

On Champions League Album, Emotionz DJ started the project with his Piano Sax alongside Bongani Sax which he used as the intro to the project before conning with Kaylow, Coolkiid and LuuDadeejay to perfect the weekend, after which he linked with Zuma, Coolkiid and Tman Xpress to celebrate the Summer Rain. He didn’t stop there as he also went far into getting the efforts of Cassper Nyovest, Zuma, Coolkiid, Nobantu Vilakazi, LuuDadeejay and Alie Keyz on a new song titled Messiah which is the only track in the project to have been released earlier before the official album release date., and he then ended the project with his Love Song where he shared the magic moment with Aquilla and Coolkiid.