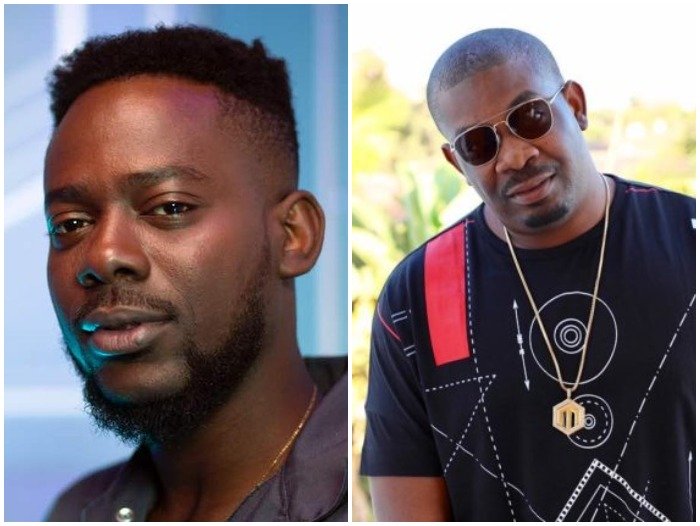 Don Jazzy Speaks Of Being Proud Of Adekunle Gold

Multiple award winning and legendary music art Don Jazzy to extends his uniqueness and admiration for Adekunle Gold as he speaks of how proud he is towards him using his Twitter page.

He also shared Dms he sent to mavin Boss owner, Don Jazzy nine years ago asking for a job as the then Mohit Graphic artist.

Fans who saw the Dms teased Adekunle Gold about certain phrases he used just to get employed.

Adekunle Gold also tweeted that he called him ‘Dad’ and laughed at it. Don Jazzy saw it and responded with a heartfelt tweet. He wrote,

Lol you wey senior me haha. I’m super proud of man you have grown to become o. You have a super fan in me. And I believe you still so much more to show the world. GOD bless bro. https://t.co/ZbwX7rWIBa