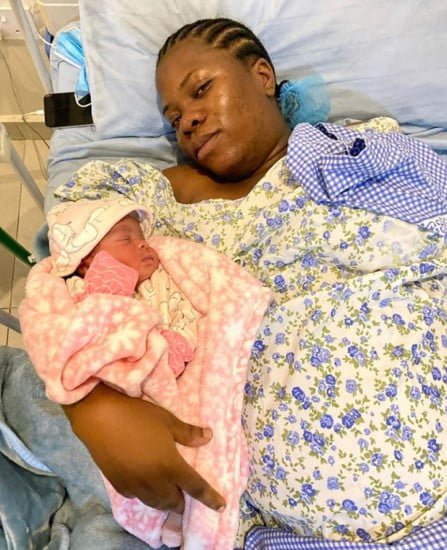 Today the world smiles as Olamide‘s younger brother and record producer Eniola Olamilekan Adedeji who is popularly known with his stage name DJ Enimoney welcomes his second child and also revealed that it’s a baby girl with partner, Iwalewa Ojebiyi.

The child birth was on the early hours of Thursday being the 16th day of July, 2020 and he also twitted that the baby is a girl, hence making he the second child with his beloved wife Iwalewa.

Popular and award winning afro pop veteran rapper Olamide used his social media to send some heart warming messages to the world as he welcomes his new niece.

On Thursday morning being the July 16, 2020, the disc jockey used his twitter to share a photo of his partner and their baby. He also shared with fans, the name of his daughter, Annina Adedeji.