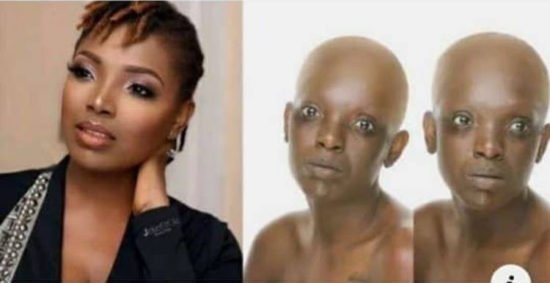 Annie Idibia debunks claims that she is suffering from cancer

Nollywood actress and wife of 2baba, Annie Idibia has denied  the claims on social media that she is down with cancer. The beautiful actress was shocked to the bones when she received this news. The nollywood actress has been bubbling in all her recent pictures and hence do not look like someone who is ill talk more of having the dreaded disease.

In a post published by Annie on Instagram, she attached a screenshot of a blog that wrote the lies about her while denying the claim. She said she has not undergone any diagnosis of late showing that she has cancer. According to her none of her family members were sick too, they all are healthy and strong.

She questioned the reason why some bloggers would be so heartless to write such about her just to get traffic to their blog. She categorized them as wicked set of people involved in defamation of character and tarnishing of one’s image.

Annie explained that the picture used to support their lie was a campaign she did against cancer years ago. she took the pictures in order for her to explain the topic she was speaking about more so that the campaign would look real and drive the message home.   She wrote;

“Why Would Anyone Do This Just To Get Traffic To Their Blog !!!

This Was A Campaign I Did With A Very Creative Makeup Artists Against Cancer 3 Or 4 Years Ago I Think ! It’s Really Unfair To Post Such A LIE Just For Traffic!

Whoever did this , I Pray That You Or Your Love one DONT Encounter This ! This Isn’t A Joke ! TAKE IT DOWN NOW!!!! #postAndDelete” 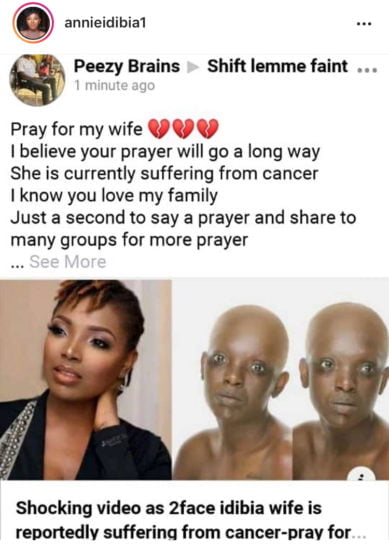